I decided today that I'm going to do a series.  I've seen a ton of bloggers do a series of makeup where they're inspired by a certain group of something and do makeup looks based on that.  So I decided I wanted to do a reptile series.  My husband is really in to lizards.  We have a ton of lizards (and two baby tortoises) in our house and he's always showing me pictures and stuff.  And so often, I say, "no, I don't want that but it is really pretty."

The first lizard I chose is a Caiman Lizard.  They're really neat, they have this green body and an orange head and these cute black eyes.  I just think they're really pretty.  But they require water in their housing so I don't want to own any haha.  So here's what Caiman lizards looks like: 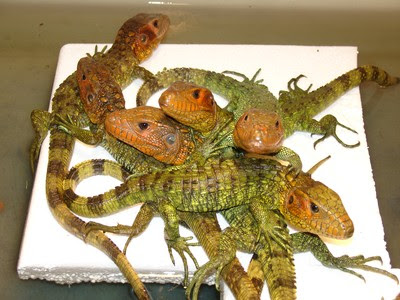 Aren't they pretty?
So here's the look I did inspired by these guys: 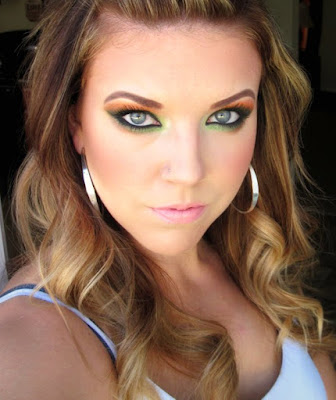 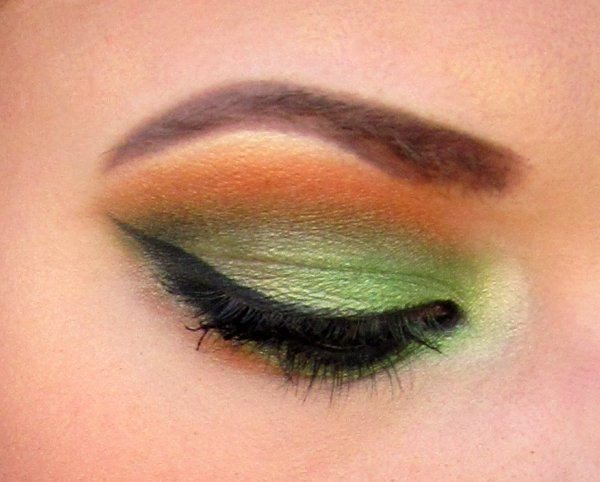 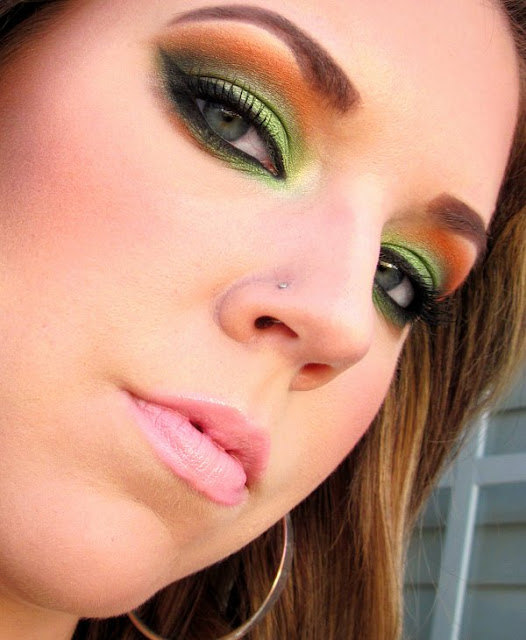 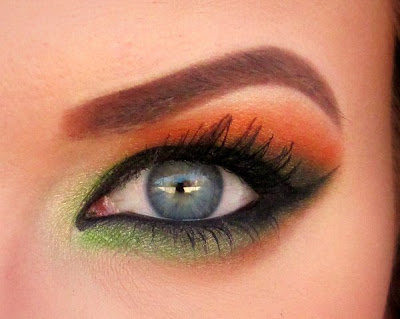 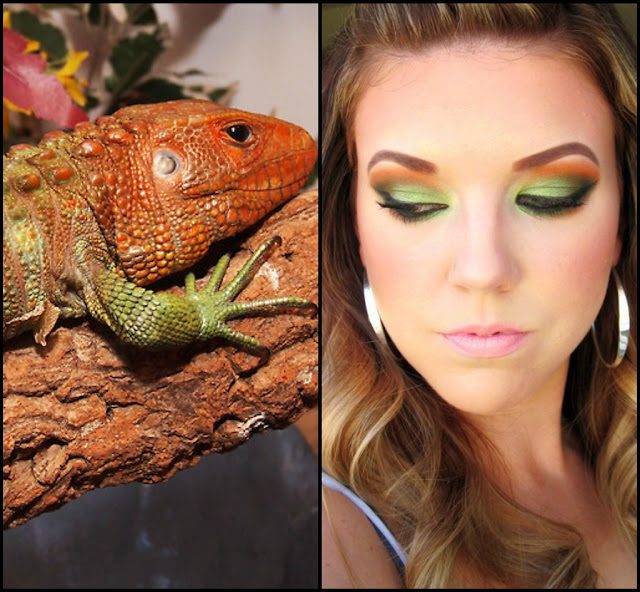 I think, if you know what a Caiman lizard looks like, you can tell where I was going with it!
What I used:
Eyes:
TFSI
NYX JEP "milk"
Inglot pigment 43
Calypso Minerals matte pigment "Envy"
Calypso Minerals matte pigment "Torrid"
Inglot 407 P
Sugarpill "Flamepoint" (orange)
MAC "Vanilla" pigment (highlight)
NYX "Black" shadow
MAC Blacktrack fluidline
L'oreal Voluminous Carbon Black mascara
Face:
Revlon Colorstay combination/oily skin "Buff" and "Sand Beige" mixed
Maybelline dark circles eraser "fair"
Maybelline Super Stay concealer (2nd to lightest shade)
Covergirl professional loose powder "translucent fair"
ELF studio blush/bronzer duo
NYX "peach" blush
MAC "Vanilla" pigment as cheek highlight
I hope you like this!  I was afraid it would come across as "carrot" to people haha.  What do you think of this series?  Do you have any reptiles (it doesn't have to be just lizards) that you think are really pretty??
As always, thank you so much for checking this out!!  I appreciate you so much!
Posted by Starryskies214 at 9:46 PM