I didn't post right before Christmas like I had planned so I never wished you guys a Merry Christmas (for any who celebrate)!  I hope you all had a great day!  This was by far the best Christmas with my daughter.  She's 6 now and was SOOO excited for Santa to come.  My husband and I went to bed around 1:30 in the morning and we could hear her up in her room running around in circles.  She's insane haha.

And even though this is late, I'm still going to add a few clips from some of my favorite Christmas movies.


It doesn't get better than Home Alone 2
I like watching "The Polar Express" with my daughter
And of course, Elf
Enough of that haha, onto the looks!
This look I did the other day and while I thought it was pretty, it wasn't a favorite.  But then when it was almost bedtime, my husband goes, "I really liked your makeup today."  Which is not really something he ever says to me.  If I ask him how he likes my makeup, 98% of the time he'll say, "it's cool."  So that really surprised me. 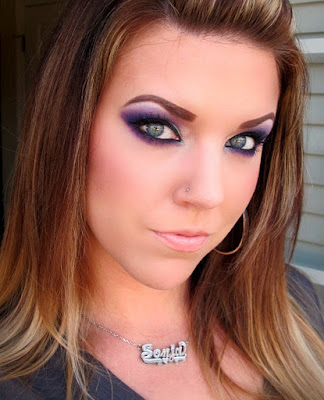 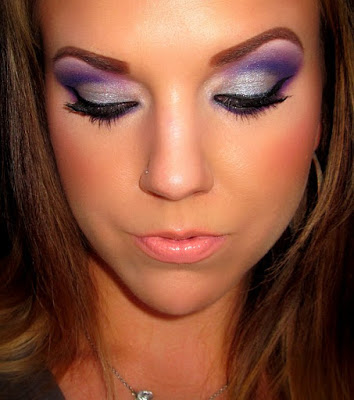 I have silver glitter on my lid but guess what?  You can't see it in my pictures!
What I used:
TFSI
NYX "milk" JEP
Kat Von D "Razor Grey" from the Metal Orchestra palette
Calypso Minerals silver glitter (applied with hairspray!)
Calypso Minerals "Grape Pop" matte pigment
Calypso Minerals "Matte Violet" pigment
*Edit* I know their colors are beautiful but I just found out that Calypso Minerals has been taking people's money and not sending them the products they've ordered.  So please don't order from them!  I don't know about dupes for all of the colors but Glamour Doll Eyes has a color called "Mingles" which is a good dupe for "True Blue".  I'm so sorry!*
and I can't remember what I used for my highlight... whoops!
L'oreal Carbon Black Lineur Intense
Maybelline The falsies Volum' Express Mascara
And the look I have on today: 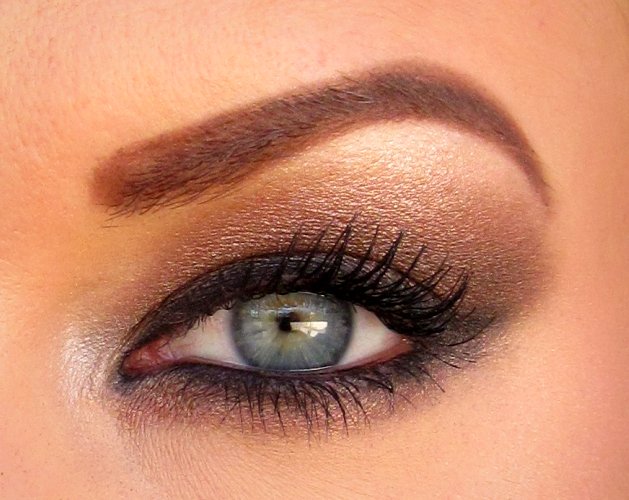 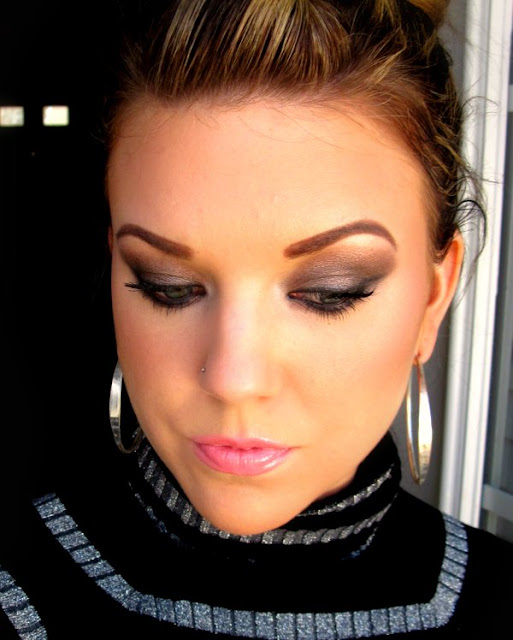 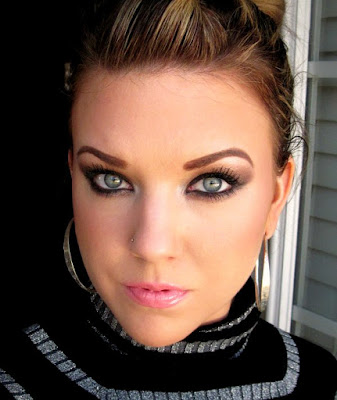 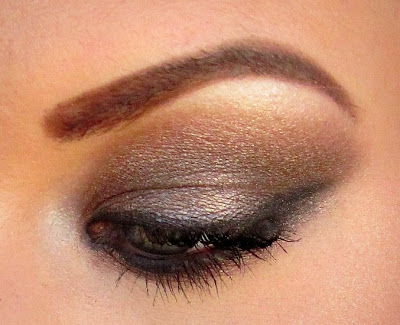 I did this look so fast!  I had to take my puppy (I don't think I told you guys I got a puppy, I'll post some pictures at the bottom) to the vet this morning so I wanted to get ready fast.  I grabbed my Naked palette and did this look.  I have to say that I really love being able to do a complete look using just one palette.  There's enough of a range in color shades in there to be able to do a whole look, which I'm a HUGE fan of.  It makes life so much easier if you can just grab one palette and do a look rather than having to grab a bunch. 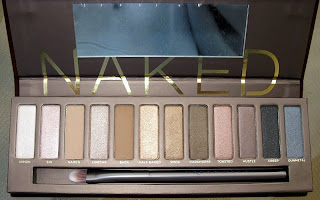 I used NYX "Black Bean" JEP as a base
Naked's "Hustle" on lid
"Toasted" above crease and under eye
"Sin" above that
"Virgin" right under brow as a highlight color
I lined my eyes with MAC blacktrack fluidline and then placed some "Creep" over that to soften it
L'oreal Voluminous Carbon Black mascara
And while I'm not a huge fan of neutral looks on myself, I really like this one.  The black bean didn't make "hustle" too dark, it just gave it a bit of depth that I'm really diggin.
So yeah, I got a puppy.  She was a Christmas present kinda for me and kinda for my other puppy (no worries though, he's fixed so there shall be no baby Sullivan's running around).  Her name is Delilah but I have nicknamed her Meatball because she is a little meatball haha.  She's an American Bully (which basically a selectively bred Pit Bull to be shorter, stockier, and calmer), she' about 22 weeks old, and she's WAY more calm than my Sullivan.
However, Sullivan and Delilah are quite the little duo.  They made a HUGE mess one day when they decided to play in the mud together.
They were the biggest mess EVER!  They had mud all over the side of my house.  My husband had to carry them inside so we could bathe them.  My bathtub looked like a murder scene from a movie.  It was stinkin hilarious though.

But that's about it for today!  Again, I hope you all had a great Christmas!  Are you planning anything for New Year's??  Going to any parties?  Let me know your plans, I'd love to hear them!  Thanks so much for checking this out guys!!  You're the best!!!
Posted by Starryskies214 at 5:17 PM