I still wanted to play around with my new Sugarpill quad that I won from the Makeup Geek challenge so I really wanted to do something where I started with yellow on the lid and ended with yellow again by the brow so here's the look I came up with! 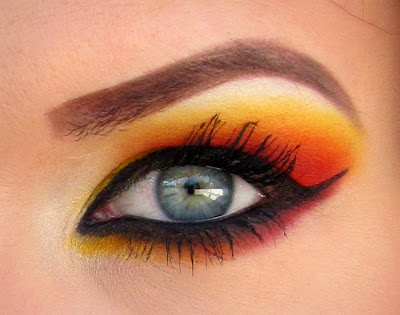 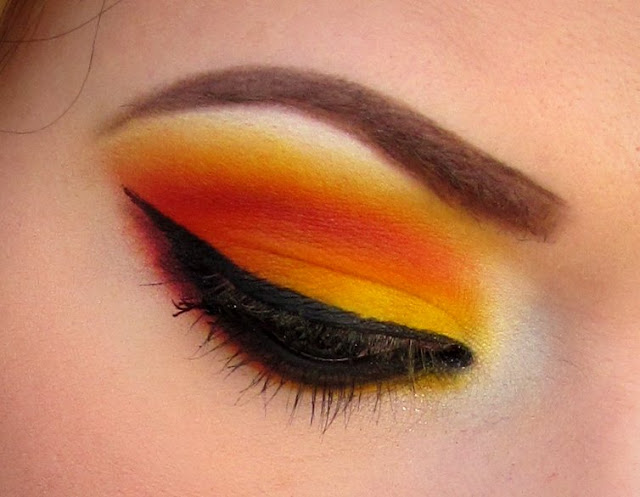 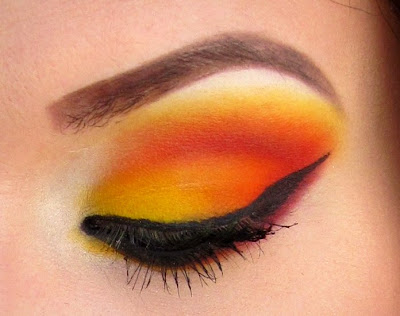 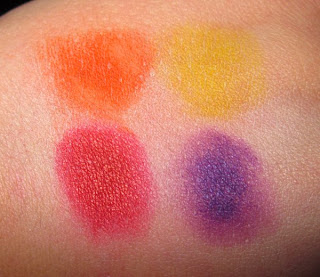 I did 4 circles with my finger around each pan of eyeshadow so I'd have a fair representation of the payoff you get with equal effort.  The yellow is the most disappointing.  It's not bad if you pack it on (like I did in my look) but it's not super opaque without packing it on.
When I got done with my look I asked my husband what he thought and he said, "crazy" and I said, "if you just use this palette, it's going to be hard to come up with a look that isn't 'crazy'" because the colors are sooo bright!  But I did my best to make it a bright, wearable look haha.
What I used:
TFSI
NYX JEP "milk"
the red, orange, and yellow from the palette
NYX "white" shadow as a highlight
MAC "Vanilla" pigment on inner corners
Revlon and Wet 'n Wild black liquid liners mixed
(I do this because my Revlon isn't black enough and the Wet 'n Wild is too thick)
and L'oreal Voluminous Carbon Black mascara
I hope you guys like this!  I thought it was a bit "whoa" but my daughter told me like 10 times how much she loved my makeup so that made me happy!  I hope you're having a great weekend!!
Posted by Starryskies214 at 11:44 AM