Teal and warm brown! And a little makeover on my sister!

There's just something I love about playing warm and cool colors off of each other on the eyes.  I don't know why but I just love doing it.  My sister, brother-in-law, and niece just came down to visit me and they gave me a present, which consisted of a MAC paintpot in the color "Delft", MAC "Teal" pigment, and MAC "In Synch" lipliner.  So of course I had to use them!  So here's the look I did today! 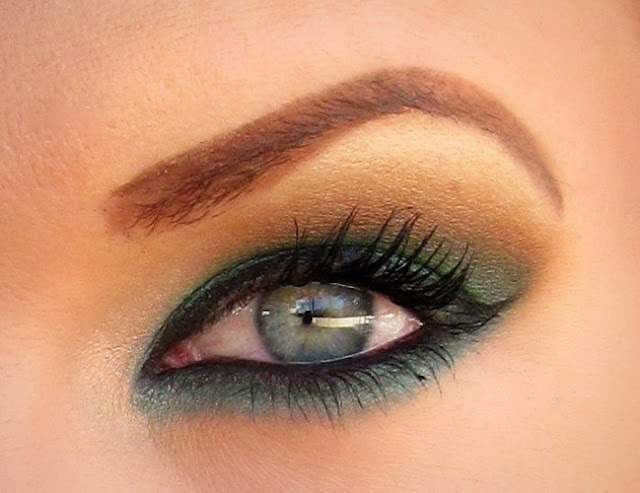 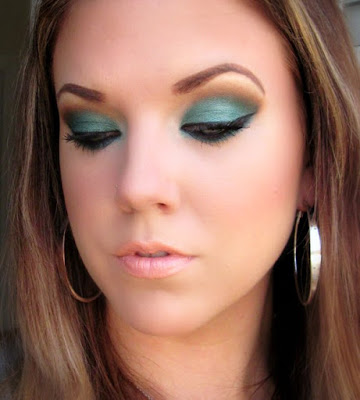 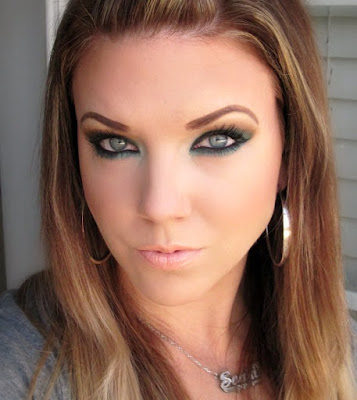 And this is a picture my kiddo took of my puppy and I together on my couch (he's not supposed to be on the couch so he's extra well behaved when he sneaks up there so he let me cuddle on him haha)! 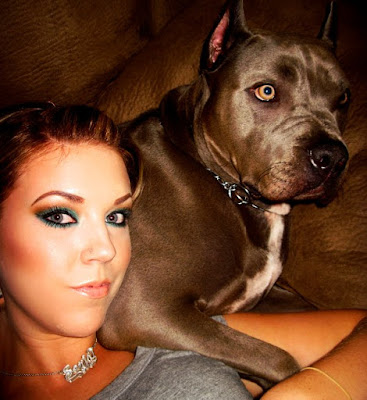 So the colors I used are:
MAC "Delft" paintpot
MAC "Teal" pigment
Calypso Minerals "Torrid" matte pigment (the brown)
MAC "Vanilla" pigment
MAC "Blacktrack" fluidline
L'oreal Voluminous Carbon Black mascara
Cheeks:
Elf blush/bronzer duo
NYX "peach" blush
Lips:
MAC "In Synch" lipliner
the custom peach color from Calypso Minerals (which I'm obsessed with!!)
MAC "Boy Bait" Cremesheen glass
Can you tell I was kinda trying to stick to mainly one brand today??  Haha.
So while my sister was here, I told her she had to let me do makeup on her.  I need practice on people who aren't me.  So she told me ok.  Now she VERY rarely wears makeup so anything to her is a lot of makeup.  So what did I decide to do on her???  That's right.  A smokey eye haha.
My sister before: 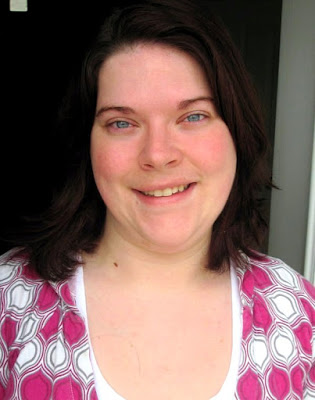 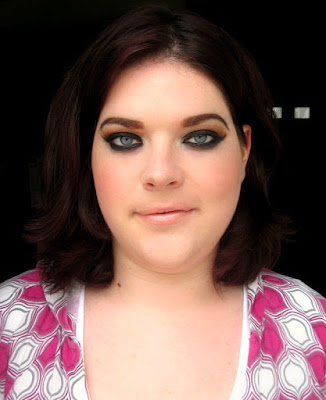 What do you think??
Haha I have to say I was very unprofessional while doing her makeup.  I was trying to pretend she was a client (because eventually I want to be a freelance makeup artist) but it wasn't working out haha.  She was like, "are you almost done?" and I had barely started her eye makeup so that made me crack up (it doesn't help that I was overtired haha) and I just kept laughing.  So she said, "you know, you're going to make clients mad if you just keep laughing at them" so then I laughed harder haha.  Oh well!!
And then while she was all made up I got an adorable picture of her and my niece (who I LOVE sooo much!!) together! 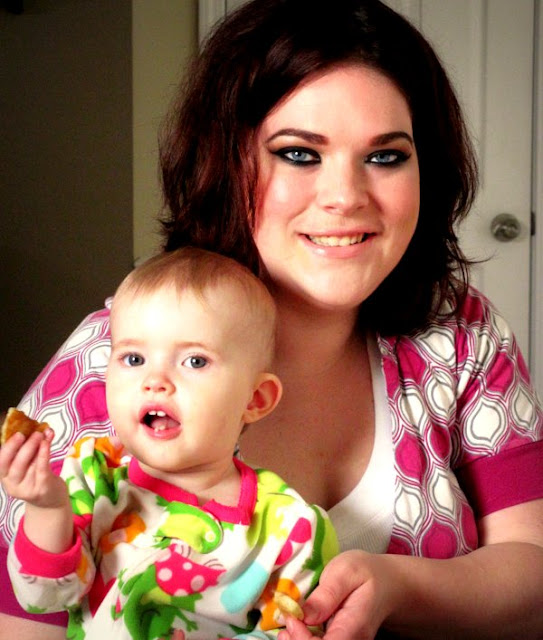 So let me know what you think!!  And just a little heads up, I'm going have a surprise for you guys soon!!!  So keep on the lookout for that!!  Thank you, as always, sooo much for taking time out of your day to read this and to comment!!!
Posted by Starryskies214 at 5:13 PM

Email ThisBlogThis!Share to TwitterShare to FacebookShare to Pinterest
Labels: colorful