A kind of angelic look for Thanksgiving

*Edit* I know these colors are beautiful but I just found out that Calypso Minerals has been taking people's money and not sending them the products they've ordered.  So please don't order from them!  I'm so sorry!*

I didn't know what to do with my makeup.  So I was looking around and saw this blue from the stacker I bought from Calypso Minerals that I hadn't used yet called "Drama."  So I decided to use that.  It's a really beautiful color, I just don't usually go for lighter blues.  But I am really liking the way this turned out.  It's not super dramatic but I think it still looks nice. It definitely looks like I was going for something angelic, which I wasn't, it's just how it worked out.  And I threw on some false lashes (for you, Kassie!).

Then we went out to brave the craziness of Black Friday and while I was looking for a video game for my daughter, a gay man came over to me and said, "Your makeup looks fabulous!"  Which of course made my night haha.  I don't know what it is but I stinkin love it when a gay man compliments my makeup.  I feel like I've done something incredibly right when they compliment me haha.  But enough of my rambling (which is something I've been awesome at lately!) here's the look! 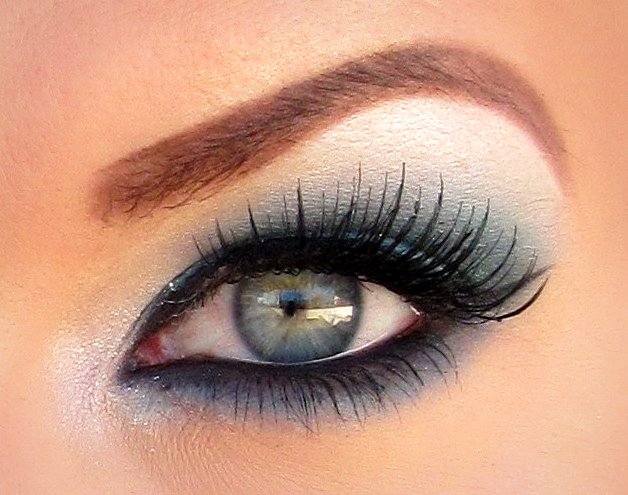 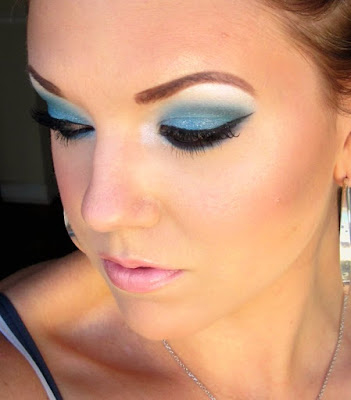 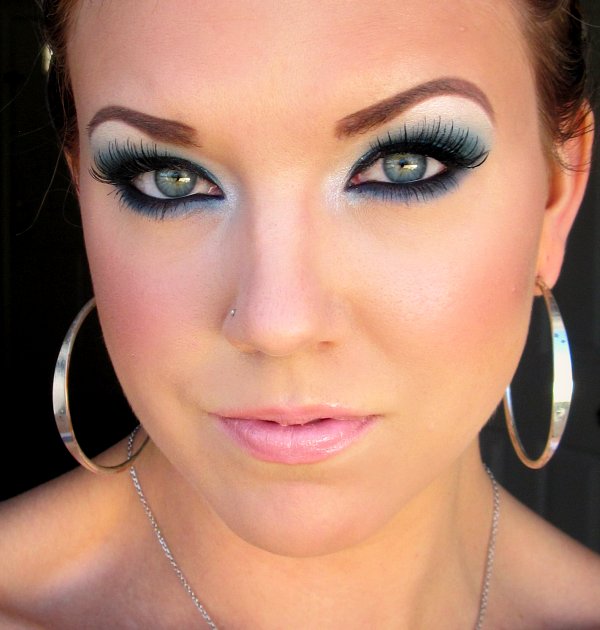 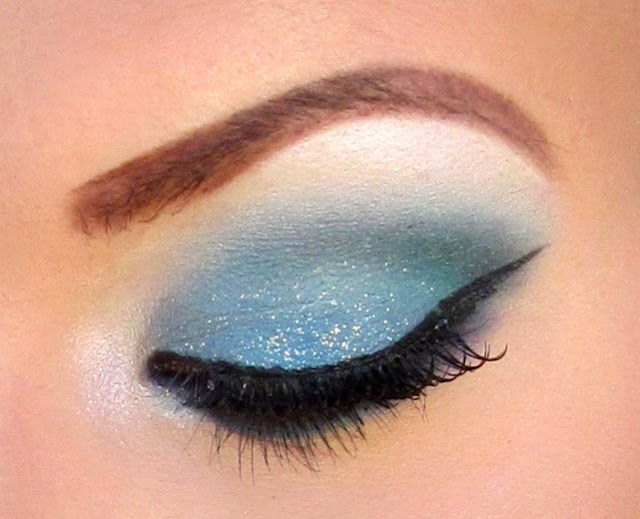 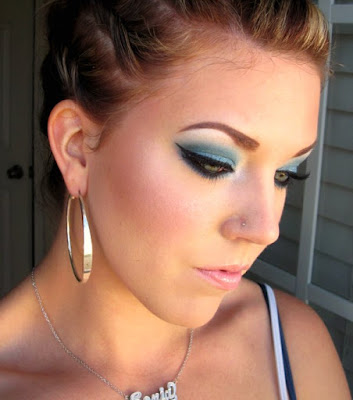 What I used:
TFSI
NYX JEP in "milk" (all over lid and up under brow)
Calypso Minerals "Drama" matte loose pigment
MAC "Teal" pigment (in crease)
An opalescent loose pigment I have by Tony & Tina (discontinued) as highlight
NYX "Silver" candy glitter liner
Revlon Colorstay and Wet 'n Wild black liquid liners mixed
L'oreal Voluminous Carbon Black mascara
And I'm really not sure what lashes those are because I've had them for a while and have them all mixed up with other lashes.
Cheeks:
ELF blush/bronzer duo
Ulta "Girlie" blush
same opalescent loose pigment as on eyes for highlight
Lips:
Pink Lipthix from Calypso Minerals
MAC "Boy Bait" cremesheen glass
So that was the look I wore on Thanksgiving.  Black Friday shopping is not my thing though haha.  People get so crazy and obnoxious.  I'm always nervous I'll get trampled.  People seem to forget that getting a decent deal isn't worth people dying (which has happened!).  But that man taking time out of his night to compliment my makeup restored my faith in people a little bit.
How about you?  Did you brave the crazies and go out for Black Friday??
Posted by Starryskies214 at 8:24 PM