There is this INSANE what they call "Beauty Event" happening in Hollywood, California on March 4th and 5th. Now when I say insane, I mean it.  Whether you're a hair stylist or a makeup artist and want to learn secrets from the masters, you need to go HERE to enter for your chance to win 2 tickets.  Now the tickets are just for entry to the beauty event (worth about $900) and don't include a flight or anything but it's an amazing opportunity to learn from the best of the best. 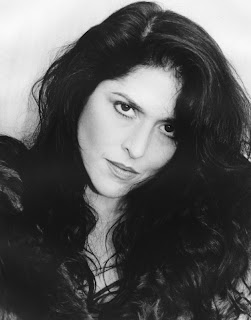 "Famed artist Tegan Taylor is best know for her role as the master makeup artist behind the $601 million success of Avatar. She is also credited for her contribution to films such asPirates of the Caribbean, Mr & Mrs Smith,Desperate Housewives, Spider-Man, StarTrek: Enterprise, and Ocean’s Thirteen (to name a few). Her classes at the Hollywood Beauty Event will train you with the cutting edge HD makeup techniques that have catapulted her into super stardom as a blockbuster makeup artist."
Kiyah Wright 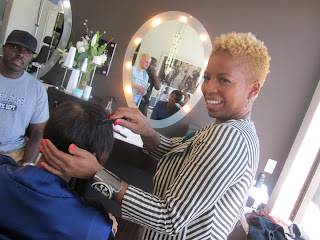 "Kiyah Wright is a two-time Emmy Award winning celebrity hairstylist whose genius has not only set the precedent for image-making, but has redefined the appearance of sexy, successful, and confident women. Kiyah is a fashion powerhouse with expertise ranging from signature hair designs to overall beauty consultation and transformation. As a charismatic visionary, this creative trendsetter has established her mark in the industry and continues to inspire with cutting edge developments and groundbreaking achievements. With an extensive resume, Kiyah’s on-camera makeovers have been featured on hit television shows like The Tyra Show, America’s Next Top Model, America’s Got Talent, and BET’s My Black Is Beautiful. She has also made guest appearances onStyle Her Famous, Shear Genius, MTV’s HIRED, and can be found giving hair and beauty tips on AOL’s Daily Solutions webisodes. Kiyah’s work has been prominently displayed in magazines such as Glamour, Vanity Fair, Elle, Essence, and Vogue."
Art Anthony 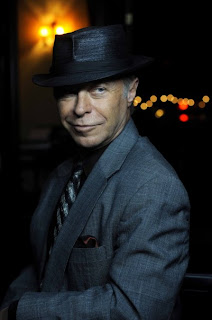 "Art Anthony is an award winning, EMMY nominated TV/film makeup artist known for his unparalleled ability to create realistic character models, scars, bruises and burns. With over 55 film and TV credits, he has worked on names such as Charlie Sheen, Hilary Duff, Kate Walsh, Dennis Quaid, Hally Berry, Will Farrell, Andie McDowell, Vince Vaughn, Helen Hunt, Liam Neeson, Winona Ryder, Bill Murray, Linda Carter, Snoop Dogg, and Mrs Katherine Jackson. He has done many music videos including Michael Jackson’s JAM With Michael Jordan, Missy Elliott, and Kid Rock. During his hands on training sessions, Art Anthony will teach you exactly how to create realistic scars, burns, bruises and bullet wounds for landing your next HD film and TV feature."
And those are just a few examples of the class instructors.  If there is any way you think you could possibly be able to make if, go to THIS LINK and enter for your chance to win tickets!  There are some more details if you want to look into it some more here!  Here'a link to their facebook page as well so you can keep up with what they're doing!  Seriously worth entering if you think you'd be able to get there!!!
Let me know if you enter!  Better yet, let me know if you win!  Good luck!!
Posted by Starryskies214 at 10:19 PM