Another day without eyeliner. Plus a new MAC Cremesheen lipgloss!!

I don't know what's wrong with me.  I have not been wanting to wear eyeliner.  It feels too fussy some days.  Oh well.  So today was another eyeliner free day. 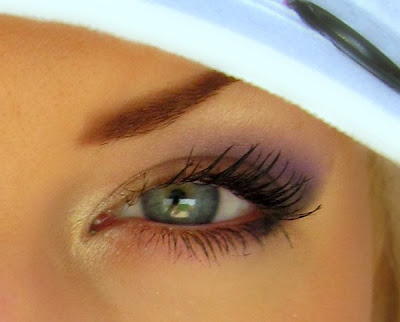 So as you can see, my makeup was pretty boring.  I just used 4 Inglot shadows (351 M on lid, 379 M in crease, 376 M in outer v, and 393 P as a highlight).  Then I finished it off with L'oreal Extreme Volume Collagen mascara in Blackest Black.  Pretty exciting, huh?
The other day when my mom was here we decided to go to an outlet mall that isn't too terribly far from my house.  I was super excited when I saw a Cosmetic's Company Outlet there.  That means I have 2 CCO's within an hour of my house.  Nice.
So I checked out what they had and if I had all the money in the world, I would have bought WAY more stuff.  Sometimes I need to take a step back and think, 'do I really need this?' haha and most of the time I answer 'yes' strictly because I don't have it yet.  But I grabbed a MAC mineralized eyeshadow (which I'll show you in another post, but it's GORGEOUS!), and MAC's "Right Image" cremesheen glass.
I had a lipglass from MAC (the color was "Underage") a long time ago but I hardly ever wore it because of how sticky it was.  I don't know if they're all like that, but I haven't bought another one because I didn't like my lips sticking together.  But this cremesheen glass is another story.  It is not sticky.  I mean, your hair would probably stick if it was blown into it but I think that would happen with any lipcolor with any kind of sheen but your not going to have that uncomfortable feeling of wondering if you have a bug stuck in your gloss haha.
So here's that color 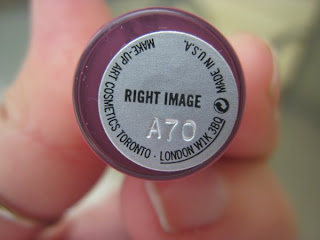 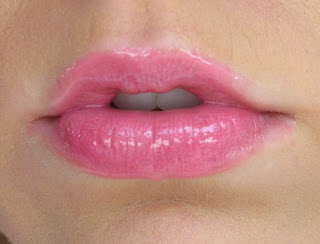 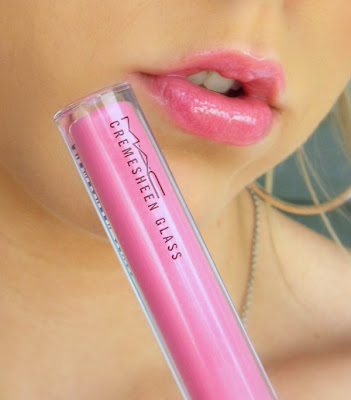 Initially I had picked up a light nude color but the sales lady immediately said, "that'll wash you out" and I got intimidated and put the color back (I'm still kinda regretting it haha).  But after I had bought this one, I was worried that it would be too close in color to another lipgloss I recently bought, which is Revlon's super lustrous gloss in "Pink Pop".  Luckily after I got them next to one another, I saw that they are quite different. 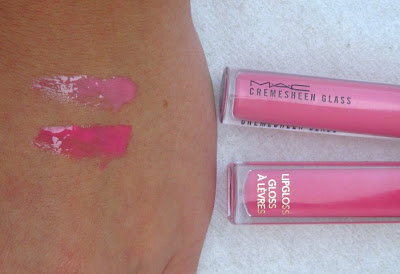 When I first got the Revlon gloss, it didn't seem sticky to me but after wearing the Cremesheen gloss, in comparison, now it feels sticky.  Nothing like the lipglass, but it's more sticky than the cremesheen glass.  So since I'm comparing them anyways, I'll show you swatches of the Revlon one. 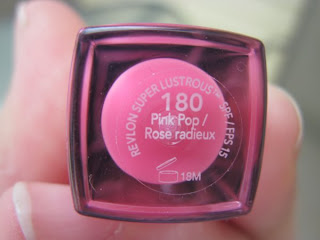 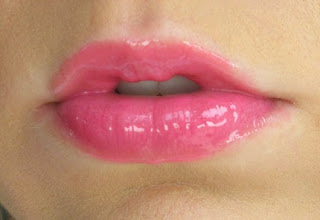 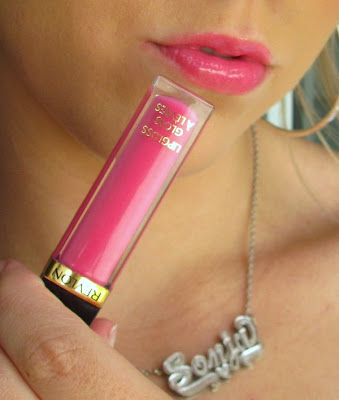 I'm pretty impressed with the pigmentation of both, I think the Revlon is a bit more opaque than the MAC one but whatever.  I like them both and would definitely recommend them.  The Cremesheen glass was $13 (they sell for $18.50 online, I just checked and "Right Image" is still available there) and the Revlon lipgloss I paid $3 for (because they were having a 40% off sale and I had a coupon).
I have yet to find a good drugstore (other than NYX) light pink non sparkle-filled lipgloss.  If anyone has any suggestions, please let me know!  I'm always on the hunt for good light nude-pink lip colors (like I don't have enough, right? haha).
If you've been following me for a bit, you might recall that on one of our trips to New York, we came home with 41 snapping turtle eggs.  They decided they were going to hatch this week.  So now I have a million baby snapping turtles swimming around in a tank upstairs.  Luckily enough for my husband there's a huge reptile show in Daytona, Florida so take a wild guess where we're going this weekend.  Yup.  He already talked to a guy who's going to be there who will buy the snapping turtle babies from us.  And we're going to go to the beach, it's going to be a short family vacation before my baby girl starts kindergarten (Thursday!)!
And here's a picture that makes me laugh, just to end the post.  Thanks everyone so much for checking this out and sorry this is such a lengthy post!
Posted by Starryskies214 at 5:01 PM

Email ThisBlogThis!Share to TwitterShare to FacebookShare to Pinterest
Labels: MAC